The 5Ps of Shopper Motivation

The world has changed and with it so must retail. Continued expansion of e-commerce and the ease with which customers can price check before buying has given consumers an edge.

But as Webloyalty’s latest report, The 5Ps of Shopper Motivation finds out, low prices and door-to-door delivery are not the only tools that retailers have at their disposal to influence consumer behaviour.

Making the Most of Millennials

The report points out that one of the major shopping profiles, the Peer Motivated Shopper, is most likely to be those aged 25 – 34. These shoppers are influenced by friends and family as well – most importantly – social media and online reviews. While they are influenced by others, they in turn become influencers, being most likely to “show off” their purchases via social media or consumer review websites. 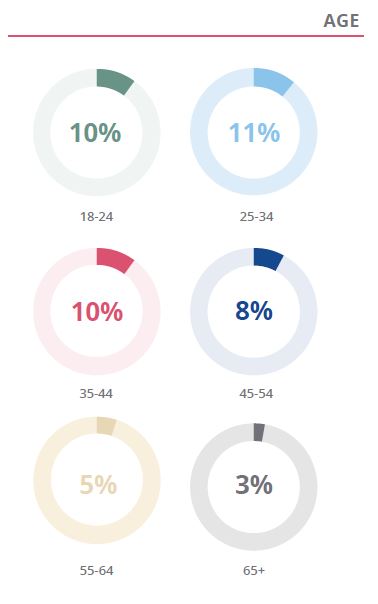 This is a huge area of consideration for retailers and should be noted for the growing importance that consumers the world over are placing on the opinions of others. In fact, according to The Daily Mail, TripAdvisor influenced 352 million holiday trips worldwide in 2014. Such a large market demands consideration, particularly as the Peer Motivated Shopper is so heavily weighted towards the young end of the age spectrum: 10% of 18 – 24 year olds as opposed to only 5% of 55 – 65 year olds. The age groups with the highest peer motivation scores, 18 -24, 25 – 34, and 35 – 44, are the customers who will continue to prop up businesses for years to come.

But simply having an online presence is not enough. Online engagement continues to grow more important. In fact, an internal TripAdvisor study found that businesses who respond more frequently to comments – whether positive or negative – are “over 20 percent more likely to get booking enquires”.

As The 5Ps of Shopper Motivation states, “The propensity to engage with their peers makes shopping a much more communal experience and brands that piggyback on to and encourage this will reap the rewards.”

The report also points out the need for global retailers to consider the economic and political situations in each country they operate in so as to better adjust prices for particular needs. For example, with 63% of the people polled, Brazilians score most likely to be Price Motivated Shoppers, likely due to the deep recession the country is facing.

Contrary to this is the stable economy of Norway where only 29% of shoppers were driven by low prices.

Findings such as these outline how important it is that retailers keep up-to-date with national economies to ensure they react accordingly to sudden changes. Brazilians will be driven away by price hikes, while Norwegians “are not as price sensitive and the right price-quality relationship is usually more important.”

Though the globalised economy further complicates retail markets, it also presents retailers who have an ear to the ground with opportunities to get ahead of competitors in certain countries.

With a study undertaken by Deloitte finding that 71% of customers being prepared to “pay a premium for personalized products”, the area of personalisation is one that retailers and brands must necessarily explore.

Customers aged 25 – 34 are most likely to be considered Personalisation Motivated Shoppers with 20% of the age group considering themselves to be heavily influenced by retailers tailoring products specifically to them. This is in contrast to only 6% of the 65+ age group being driven by personalisation.

So where can brands gain an advantage here? Consumers from the developing economies of Brazil and Turkey are most likely to be Personalisation Motivated Shoppers. Combine these nation’s propensity for enjoying personalisation with their young population (Brazil’s median age is 30 while Turkey has the youngest median age in Europe) and the potential for retailers here is huge.

Interestingly, nations where consumer-customisation is most advanced, show the least interest in it. This is an area for retailers to reconsider as the internet, social media, and mobile apps continue to expand possibilities for improved personalisation. As the report poses, is the failure of personalisation in developed nations “because bespoke products are not connecting with consumers or in fact because they are now seen as a given”?

Despite the focus that most business advisors place on the importance of e-commerce and mobile shopping, results from the study suggest that the “bricks and mortar stores” are as important as ever to the satisfaction of customers.

That four out of five of shopper profiles prefer going to a physical store to buying online suggests that the personal touch and face-to-face advantages of in-store interactivity can still be leveraged to meet consumer demands.

Another finding from the study was that shoppers agreed most with the sentence “My favourite retailer is a safe and reputable company”. With trust being best garnered through face-to-face interaction, the importance of employees in-store is redoubled.

Certainly then, retailers attempting to broaden their online branding should not forget about their high street stores or customer service training that prepares their staff.

Download a free copy of The 5P’s Of Shopper Motivation. Webloyalty commissioned the SSI to conduct a consumer research study on it’s behalf. Online surveys were carried out with a representative sample of 5267 consumers across 13 countries (Brazil, Denmark, Finland, France, Germany, Italy, Netherlands, Norway, Spain, Sweden, Turkey, UK and US).