Five APAC Retail Trends We Can Learn From

The challenges that nations of the APAC demand creative thinking on the part of retailers due to the extreme demographics present in the region. With gaps in wealth, access to technology, and living standards varying wildly across the area, the retail industry is forced to think differently.

Yet these challenges mean the industry has become extremely adept at viewing the trends and behaviours of the rest of the world and reworking them to function in the APAC. This is no small feat.

And with the burgeoning Chinese middle-class numbering hundreds of millions providing a large section of wealthy individuals, the retail economy is booming.

Here, we’ll view some APAC innovations to see how this region is changing global retail.

Single’s Day is an anti-Valentine’s Day celebration that began in Nanjing, China in 1993 has now become a major annual event across the Asian nation. Taking place November 11th every year, it is now a more valuable retail event than American’s Black Friday and Cyber Monday combined.

In 2017, ecommerce behemoth Alibaba made $5 billion in the first few minutes of the sales day alone.

Understandably, this is an event that other retailers are keen to be involved in and one that is drawing interest from retailers around the world.

China’s demographic shift is in great part responsible for this retail phenomenon, as the country’s affluent middle-class is growing rapidly. By 2022, 76 percent of the 1.39 billion Chinese will be considered middle-class.

The boundaries between brick-and-mortar retail and online commerce are becoming ever more blurred and Single’s Day offers an opportunity for UK retailers to bind the two distinct spheres of retail for a richer, more enjoyable consumer experience.

In China, Alibaba partners with 52 shopping malls to roll out the annual extravaganza. With consumers offered deals not available during the rest of the year, Single’s Day is growing in a way that Black Friday certainly is not.

When will the rest of the retail world catch up? 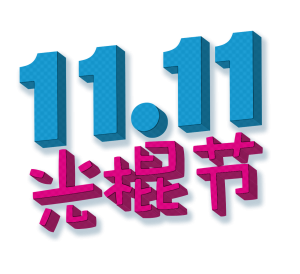 The sharing economy is currently a $15 billion industry, though with innovations in the APAC region that valuation looks set to rise dramatically.

With India and China among the nations that form the APAC region, the vast populations in these countries are pushing the sharing economy into previously uncharted territory.

An example of the new approaches coming out of APAC is the incredible car vending machine recently opened in Guangzhou, China. Chinese ecommerce giant Alibaba and the Ford car company teamed up to construct a multistory vending machine from which consumers with a solid credit can order and pick up a Ford vehicle to test drive. These test drives are entirely free so long as the user has a solid credit score.

With the UK sharing economy usage rising by 60 percent in only 18 months, the market is ripe for fresh avenues to be tested.

New ideas like the Alibaba/Ford car vending machines offers just one example of the way the APAC region pushes the envelope on retail trends emerging elsewhere in the world. Businesses and retail leaders will look to work together to trim down costs, deliver products to consumers more quickly, and meet this growing demand.

For more information about the Alibaba and Ford cooperation, visit Webloyalty’s Digital Innovation Report 2018 and see the best technological retail innovations of the last year.

As the APAC region is suggesting, the trend in the merging of on and offline retail will continue. Rather than direct competition, the two retail spheres will compliment one-another to produce a consumer retail experience that is more comprehensive than ever.

Omnichannel marketing is growing steadily in the Asia-Pacific, where retailers are attempting to provide a seamless transition between their online and offline stores with around 90 percent of retailers in the region reportedly using click and collect facilities. Technology will, of course, be at the core of future strides forward.

An approach that points to the future of the online/offline merge and the introduction of improved AI into retail is that of South Korean department store, Shinsegae, which last year released the S Mind app. The app offers consumers individual, personalized shopping suggestions as they wander through the store, based on the data and shopping behaviours they have previously demonstrated. This fusion of technology and real-life shopping will be making further strides in the future.

JD and Alibaba’s move into supermarkets in China are two further cases of the online and offline becoming increasingly coupled. With both retailers beginning life as ecommerce-only retailers, the move into offline stores is telling.

JD is using the data of its 266.3 million users to produce an in-store experience that is slick, frictionless and convenient. Its 7FRESH stores will use advanced technology to offer consumers the ultimate experience in convenience food shopping.

One standout feature from the 7FRESH store will be JD’s ability to provide consumers will instant nutritional information. “Magic mirrors” around the store will sense when an item has been picked up and will automatically display its content and nutrition. Other features that streamline the shopping experience will be payments with facial recognition technology so that customers do not have to carry cash.

APAC retail is pushing personalisation and technology. The rest of the retail world will surely follow.

An innovation coming out of the APAC that could be in the sights of European retailers is led by the recent rise of the Chinese ultra-cheap, socially-focused retail app, Pinduoduo.

The app, created in 2015 by ex-Google engineer, Colin Haung, offers Chinese public the chance to snap up extremely good deals on a variety of items. China’s extensive production industry, geared towards meeting the needs of its huge population, is able to produce cheap items quickly. Pindoudou routinely offers deals that seem improbable, such as a pair of trainers for $1.50.

But the cheap prices are not the only reason that Pindoudou was the third most used app in China during 2017. Its innovative use of social networks is what allows the app to stand out.

Pindoudou uses the widely available Chinese platforms WeChat and QQ to allow users to create shopping teams. These teams of friends and family are incentivised to work together by receiving improved discounts and coupons, free products, and cash.

With Pindoudou, online shopping becomes a social experience rather than a solitary one.

Linking the life consumers live out online to their retail behaviours might be the next step in Europe, too.

Experience shopping is a growing throughout retail but once again the APAC region redefines its meaning.

Throughout the region, retailers are promoting the lifestyle aspects of their brands to offer consumers an added-value and enhanced experience when shopping.

Apple opened its first store in Taiwan last year and included educational and lifestyle classes as part of its retail package. The Today at Apple courses on offer cover topics including video editing, art, design, and coding to make the store not only a place to shop but an invaluable resource for the community and learning.

In Asia, it isn’t only brands that have been offering lifestyle shopping to woo consumers. So too, have malls. In Hong Kong, the APM Mall constructed a 3,000 metre square foot digital basketball court and virtual reality boxing gym where children could play during the summer holidays. This approach married retail to experience, promoting an active lifestyle in which retail had a positive role in the life of its customers.

This trend signals a change in the behaviour of brands as they step away from their singular promotion on products and instead include elements that consumers can attach to their lifestyle.

In the APAC region, experience shopping is not only a novel encounter but one that can have an ongoing role for the consumer.

Whether sales extravaganzas in the form of Single’s Day, expanding and reimagining the sharing economy, the fusion of online and offline retail, making shopping a social event, or promoting the positive role of brands in the lives of consumers, the APAC region is revolutionizing retail as we know it.

Retail in this part of the world overcomes stark challenges to offer consumers products and services that are exciting and sought after.

Perhaps we can learn from trends in the Asia-Pacific region to build a more robust retail industry.