Ecommerce game changers from the last decade – part one

The Webloyalty team have had some heated discussions to decide the most memorable ecommerce innovations from the last ten years. Everyone had their favourites which we have collated in a two-part blog. Part one looks at the first five. 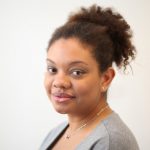 “When I look back over the last ten years of online retail, Magento stands out to me. Magento was one of the first companies to offer an open-source ecommerce solution for the masses. The platform helped businesses create and develop their own online stores. Prior to this, developing an online store was time-consuming and expensive, which was a huge barrier to entry for the smaller businesses. The Magento platform helped level the playing field and usher in the digital retail age.” 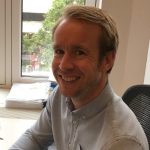 “The most transformative retail innovation over the last 10 years would have to be Click and Collect. Click and Collect may seem pretty common-place these days, but it is a fairly recent innovation. It solves a big delivery pain-point for me – that is, I don’t particularly like waiting around for deliveries. The reason click and collect works is that customers are happy to incur the cost of transport and drop by their local shop and pick up their order if they know their item is there and waiting for them.” 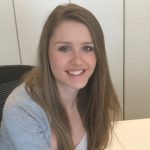 “I think one of the biggest gamechangers has been buyable pins on Pinterest. Essentially, it allows ecommerce providers to add a pin overlay on their products in Pinterest so customers can purchase the promoted item online. This solves the issue of having to spend extra time finding the object online or having a lengthy url in the description – you simply click on the product and purchase. It’s a shrewd move given the increase of influencer marketing over the last ten years.”

“Inspired by the idea of collective bargaining power, Groupon launched its coupon and deal website in 2010 to rapid growth and success. Not long after, Groupon was valued at over US $1 billion- its IPO being the largest by an internet company since Google. Groupon changed the way we shop online, offering customers discounts when purchasing online coupons, and businesses a new model that encouraged advance purchases and bookings, which was particularly lucrative in retail, leisure and hospitality.” 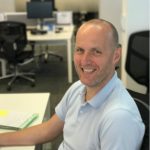 “The one thing that has influenced online retail more than anything over the past decade is the iPhone. At its advent it was like having a mini computer, camera and Walkman in your pocket. The iPhone ushered in the age of mobile retail unlike anything before, allowing consumers to research, influence and purchase online from their pocket. It changed not only the world of ecommerce, it changed the world in general. From taking pictures to surfing the web, podcasting to online shopping; the iPhone started a smartphone frenzy that has still yet to be fully realized even today.”