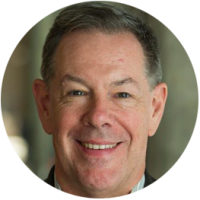 Steve Dennis is a strategic advisor, keynote speaker and writer on retail innovation and the future of shopping. He’s President & Founder of Sageberry Consulting, a Forbes contributor and has been named a top global retail influencer by multiple organisations.

‘The Demise of Physical Retail’ is Greatly Exaggerated

The ‘death of the high street’, ‘the demise of physical retail’, and the idea that we are going through some sort of ‘retail apocalypse’ are all greatly exaggerated notions. Physical retail is far from dead. However, without a doubt, indistinguishable, undifferentiated  and boring retail stores are dying–or heading dangerously closer to becoming irrelevant.

In reality, many sectors of physical retail continue to grow, although at a much slower pace than ecommerce. In the UK, the ‘lifestyle-led sector is thriving’, with beauty product stores, speciality coffee shops, ice cream parlours and booksellers opening a number of new premises across the country. The growth of bargain stores continues to be a major driver of new store openings, and there is significant progress on the part of more upscale specialty stores (such as Lululemon, Apple and Sephora) and the move of digitally-native brands, like Missguided, Boden and Too Faced, into brick and mortar stores.

The Great Bifurcation Of Retail Phenomenon

While we see generally see growth in store counts, revenues and profits at either end of the value spectrum, those brands stuck in a sea of sameness continue to lose ground. This bifurcation of retail is a phenomenon that has been developing for years. A recent study by Deloitte entitled ‘The Great Retail Bifurcation’ further illustrates this dynamic, providing detail on the continuing collapse of the middle. While lack of a compelling value proposition is a big driver, demographic factors also play a huge role; with the gap between low income and high income families becoming more prevalent. In particular the rising cost of ‘essentials’ are driving lower-income families to shop in lower cost, bargain stores, while the ever growing disposal incomes of the affluent allow them even great money to shop in the luxury and higher end speciality stores.

If middle-ground retailers are to survive in this new age of digitally disrupted retail – brands will need to become more intensely customer relevant and remarkable. One way to do that is to become every more personalized by using advanced technologies such as artificial intelligence and machine learning.  The recent Retail Insider’s Digital Retail Innovations Report reveals that AI is becoming increasingly important, claiming over 40% of innovations in 2018.

Time is not on the side of retailers that are stuck in the middle. Store closings are increasing, margin pressures are rising and the threat from Amazon and other disruptive business models continue to grow. Accordingly to thrive, much less survive, brands need to remember a few key things: